Set up your own voice-over website in minutes!
Get Started Here! 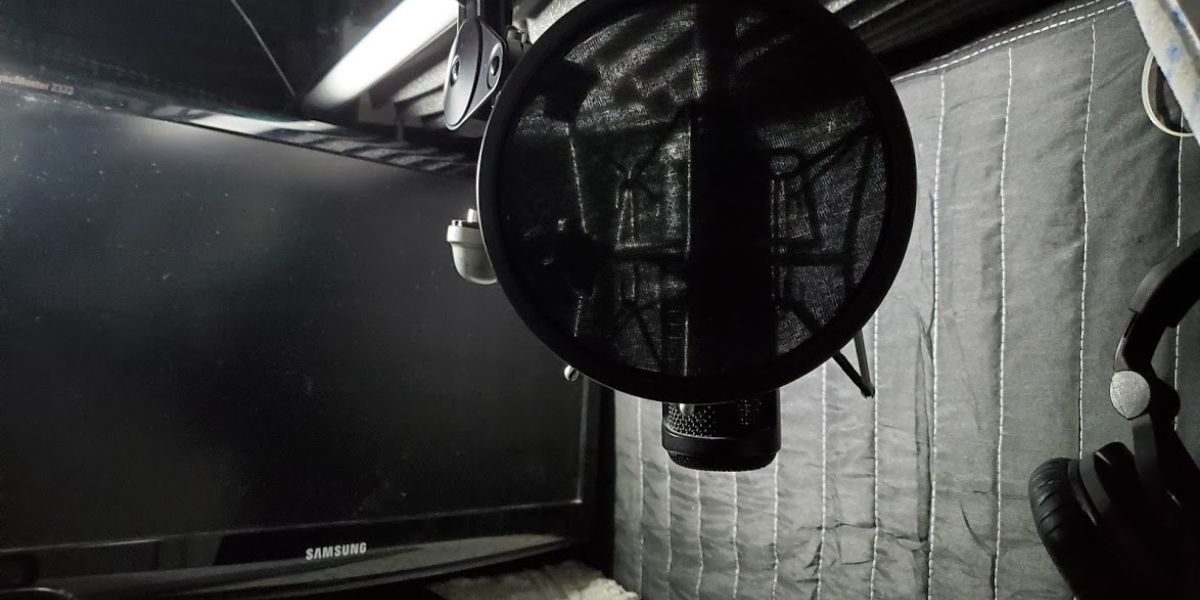 This is my first post on my new website. My last one got eaten by a hacker. If you don’t know who I am, I’ve been a voice actor for 40 years. I’m best known for my work in anime, although I also have many credits doing voices for commercials, films, video games, and ADR.  I had a few things happen in my life that I won’t go into, so I’m late setting up a home recording booth.

Not to play the victim card

Adversity is a part of life and happens to everyone. But don’t worry. I’m an eternal optimist and a Sagittarius so I’m doing fine. I was blessed with a decent career, had a family, traveled, and have other interests like blogging, which I’ve done since 2008 because it’s fun.

When I first started my voice acting career, actors handed out reel to reel demo tapes. Pro Tools was non-existent.  Now, everything is digital, and most recordings are done at home. It’s a convenient way to work because you don’t have to dodge traffic going to auditions.

But having a recording booth means setting it up where you live. If you have a spacious house and unlimited income, it’s no problem. But chances are you live in an apartment, guest house, or rent a room in a house like me. I like nice things and the last thing I want is an ugly-ass booth cluttering up my bedroom.

I moved to my current home in 2020 and have a roommate. Our house is brand new and adorable, but space is tight, so my only option was to create a recording booth in my closet. That means half of my closet is devoted to furniture pads, monitor, mic, boom arm, keyboard, acoustic panels, etc. My clothes get second billing which may be easy for a guy, but I’m very much a “she/her.”

I got rid of some clothes when I moved but the items I still have are squished into a 3-foot wad in my closet along with boxes, shoes, files, and everything else I don’t want mucking up my room.

My roommate is a TV junkie and watches it 24 hours a day while she smokes pot and barely ever sleeps. Between her smoke and her toxic air freshener, I like to keep the windows open as much as possible. I have never smoked and don’t like pot but put up with it because we get along. If I did smoke, my “kid voice” would have aged along with me.

Her room butts up to my closet, so the only time I can record is when she goes to the store or the doctor. That is, if the gardener isn’t there or a dog isn’t barking. It’s a dilemma we all face as voice actors these days.

A home recording booth is expensive!

My booth is DIY and affordable but when I see newbie voice actors spending huge amounts of money on state-of-the-art prefab “phone booths” that sit in the middle of their studio apartment or 10 x 10 bedroom I don’t know whether to laugh or cry. Add to that having to buy a high-end computer, monitor, microphone, preamp, take voice-over classes, make demos, and hook up Source Connect.

We didn’t have to go to engineering school when I first started working so it’s a learning curve.

Many moons ago voice actors used to hang out together when we recorded. It was fun and we got to know each other as we worked instead of only meeting each other cross country at conventions. We also met casting directors in person and usually had a better chance of getting a gig if they liked us as opposed to sending our demo out to the wind. When I see voice actors nowadays doing casting cattle calls on Twitter, probably for very little money, I kind of want to hurl.

Then, I saw someone post about an online voiceover club that has 13K members. That’s serious competition folks! In the 80s there were probably about 30 of us doing anime dubs tops.

Is it worth all the fuss?

Sure. Voice acting is fun. But my advice is to make sure to have a backup plan and spend your money wisely on your recording booth and everything else so you can pay your rent and buy food.