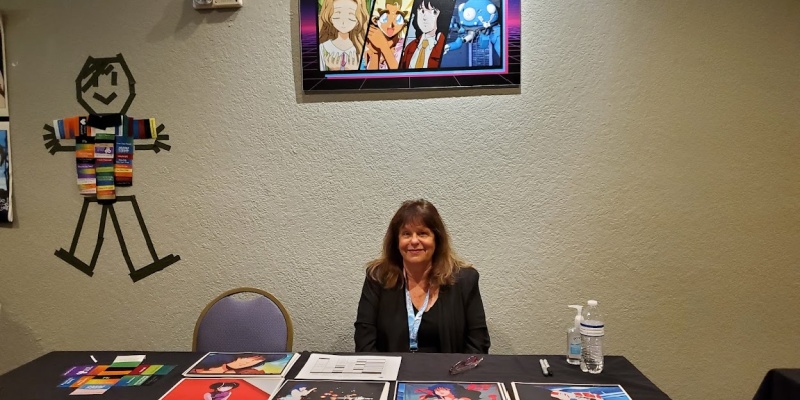 In the past, most of my panels have been with other voice actors in a group setting such as with the cast of Robotech or Tenchi Muyo. For this convention, I came up with the idea of doing a panel about anime dubbing in the 80s and 90s and how things are different now. Despite the fact that my panel took place during the Cosplay competition, I had a nice group of people who attended and it lasted the entire hour.

Of course, the two cute guys I sat in between at Anime Iwai were the most popular guests but I got my share of fans too. One guy was dressed as a full-on Veritech fighter from Robotech which was totally fun, but most of the fans attending were on the young side. Their favorite characters included Monami from Danganropa, Rika Furude in Higurashi When They Cry, Nunnally in Code Geass, and Tachikoma in Ghost in the Shell. If I get invited to more conventions, I’ll know the best photos to bring. 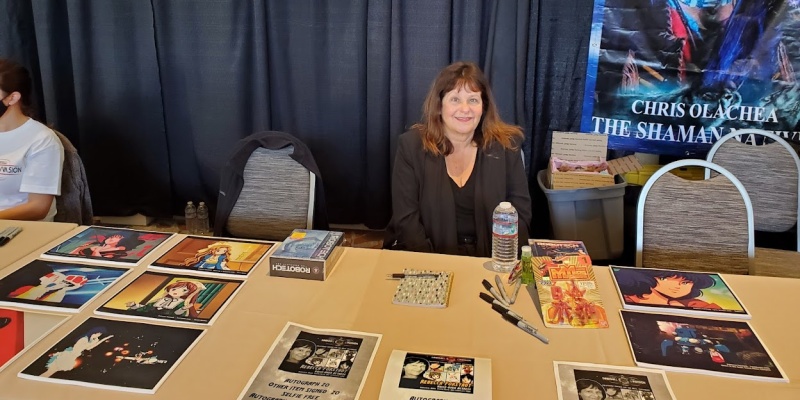 It’s been a long time since I’ve been invited as a guest voice over artist to a convention, so I was so excited to be invited to two within a month of each other. The first was Fandom Invasion that took place October 30th, 2021, in Escondido, California near San Diego.

Troy Kotsur is a deaf actor and was a Tusken Raider in Mandalorian and has also appeared in many other film and TV roles.

Fandom Invasion was the first convention I’ve been to where I sold autographs in the dealer’s room. I know that is becoming the norm but having done conventions previously where that was not the case, it took some getting used to. Fortunately, the staff was extremely helpful in getting me up to speed. They made me a banner, prints, and were incredibly attentive.

Next up is Anime Iwai in Fort Lauderdale Nov 12-14th. Stay tuned!