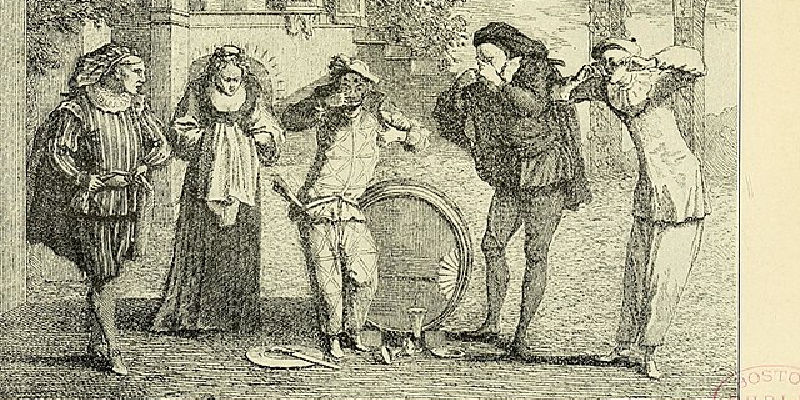 I’ve been a spy on the wall in a friend’s voice-over coaching group ever since he automatically made me a member. I mostly hover in the background but have become interested in some of the questions his aspiring voice actors ask. One person wondered if he should quit acting altogether because he didn’t know if he was good enough to make it past the hobby stage.

I feel it is my mission as an older voice actor, to tell the truth, and that is no matter how successful you become, you will ALWAYS doubt if you are good enough. It comes with the territory of being an actor. Almost every actor on Earth doubts this or her abilities. However, you can’t let it stop you. Instead, learn to work through it if you want to succeed.

Still, you must be practical

Building a career as an actor of any type is hard. The business is unpredictable, unforgiving, and there is not much loyalty. Even your best friends will pass you over at some point in your career. You will experience career obstacles along the way and must be prepared to deal with them.

I’m in my sixties and during the last decade piles of young people have entered the business. I’m not complaining, because that’s what happens in the acting profession. There will always be new people, and older ones will get set aside. This is particularly true for women because there are significantly fewer female roles.

My point is you MUST have other sources of flexible, and preferably passive income to sustain your career. That doesn’t mean you have to wait tables or work as an office temp. There are money-generating opportunities out there that will allow you to work your own hours and live in the style you want.

Young actors often feel they must dedicate themselves completely to their work. That’s fine if you are living at home with your parents, are married into a rich family, or received an inheritance. But, for most of us, it requires some sacrifice.

If you have mental issues, are easily depressed, or are fragile emotionally, I do not recommend you pursue a career in acting. Sorry, but that’s the truth. If you cannot adapt to challenges that come your way, they will knock you on your knees.

I believe moving 27 times in my life has helped me become adaptable. But adaptability is also something that has to be ingrained into your soul. Successful actors with long careers do not fear change, can handle rejection, lack of work, pandemics, death, and much more.

Success as an actor takes more than talent

There are insanely talented actors out there who are homeless and there are others who never get a break no matter what they do. Some feel it is beneath them to deal with the business of acting and never take time to educate themselves.

As “artistic” as you may feel, you must hone business skills as well. That means networking, showing up on time, being sober, meeting deadlines, having technical expertise, and setting goals.

You also have to be strategic. Some actors think they are working their “business” but are really not. They spend all their money on endless classes, make demos when they are not ready, or socialize online with friends rather than those who will actually hire them. I’m just as guilty as anyone of not optimizing my results.

Actors have always been thought of as prostitutes

Yes, I really wrote that.

For as long as actors have been on stage, they have been perceived as low-born and even shady. Shakespeare’s troupes may have entertained nobility but after a performance, the nobles thought them no better than harlots and were rarely ever invited to socialize. This was especially true for women, who were actually banned from the stage for a time.

Louie XIV may have hung out with Moliere but his actors hung out in brothels. King Edward VII had his way with Lillie Langtry and Sarah Bernhardt but went home every night to Queen Alexandra. The first actor given the title of a knight was Henry Irving in 1895 and he ended up dying penniless.

Even in the present day, parents shudder when their children tell them they want to be actors. They worry they will struggle financially or get involved with people who will exploit them. They tell their kids to get a “real” job instead.

Did you know that when actors attend events with other guilds, they are often admitted last? That’s because the industry knows they are lucky to get work at all.

It doesn’t help when actors prostitute themselves by doing gigs for $5 which hurts us all as a whole.

But, acting is fun, and we are passionate about it

Once the acting bug has bitten you, it’s hard to stop.

So, what can you do to keep from feeling you are not good enough?

First, realize you have a unique gift to share.  It may be hard to realize that until you are cast in the right role which can be hit or miss.

I was fired once in my career, which is a pretty good record. Still, it made me feel horrible. But, it didn’t happen because I lacked talent. The role I was cast in wasn’t in my voice range. As an older actor, casting directors assume I can play characters my own age. The fact is, there are 20-year-old actors who play older roles much better than me.

Should I have wallowed in pity because I got fired? Hell no! Even celebrities get fired sometimes. All an actor can do is jump back in the pot and keep working their business.

You may be busy playing leading roles and working every week, but guess what? There may come a time when that work dries up and you can’t pay your rent.

Unless you are a star or have a 20+ year gig, it’s difficult to make a living as a voice actor.

Why do you think “successful” voice actors teach classes, direct, write, and sell autographs at conventions?

Even if you are receiving big residual checks, they dwindle after a while if you have to stop working for any reason. Can you imagine what it is like for actors who do non-union work and never receive residuals?

Develop, create, or conjure up other sources of income that will keep flowing overtime to sustain you doing something you enjoy

I decided long ago that writing ADR scripts and directing was not for me. I adapted scripts for 10 years but having to write for sync was torture.  And the thought of being stuck in a dark room for hours on end directing actors wasn’t my idea of fun either. They are both excellent sources of extra income but I like to play in the sunshine.

Instead, I self-taught myself skills that allowed me to work online. I started with web design and later moved on to create a blogging business that I have monetized. I can work from anywhere, set my own hours, go out and about in the world to gather content, and don’t have much overhead. I’m not rich yet but it gets me over the hump and is fun.

Blogging allows me to receive invitations to special events, get sent free items to review, connect with amazing people, and promote products and services as an influencer for money. Other people make a good income as YouTubers or from posting on Instagram.

If working online doesn’t excite you, there are other flexible ways to make extra money like being a tour guide, dog walking, Uber or Lyft driving, sitting on a mock jury, day trading, selling real estate, or customer service. Do whatever floats your boat and gives you time to pursue your acting career.

Generating passive income is even better

As a blogger, I use an ad network and insert affiliate links into my content. If someone clicks a link and purchases something I have written about I earn a commission. You can write about your tropical fish and make passive income while you sleep.

Here are more ways you can develop passive income streams.

Don’t depend on your spouse to give you financial security

Both of the men I lived with were in the film industry. They weren’t actors but worked on film crews. My husband died at the young age of 49 but was healthy up until he was diagnosed with cancer. He worked on and off mostly doing non-union films.

My late boyfriend worked 40 years straight on film and TV shows but was at his wit’s end when his 11-year stint on a popular series ended. He was 60-years old at the time. The financial crisis hit in 2008, he turned to alcohol, retired, and died of cancer with little to show for it.

I have female voice actor friends I love who are married to other voice actors. They stay busy and attend conventions together as a couple and I wish them all long healthy lives. But what would happen if their husband died or they got divorced? With more male roles available than females would they be able to make enough income to sustain their lifestyle? Let’s hope they have sufficient insurance policies in place or other means of income.

I’m telling you this because no one told me when I was young. It may be hard to stomach but it is reality.

Don’t get discourage and think you are not good enough

My purpose in writing this post is not to discourage you from succeeding as an actor but to give you practical advice based on my own experience.

You are good enough if you believe you are. Don’t give up but have emergency resources in place to sustain you. Be discerning about how you spend your money and make sure it will benefit you in the end.