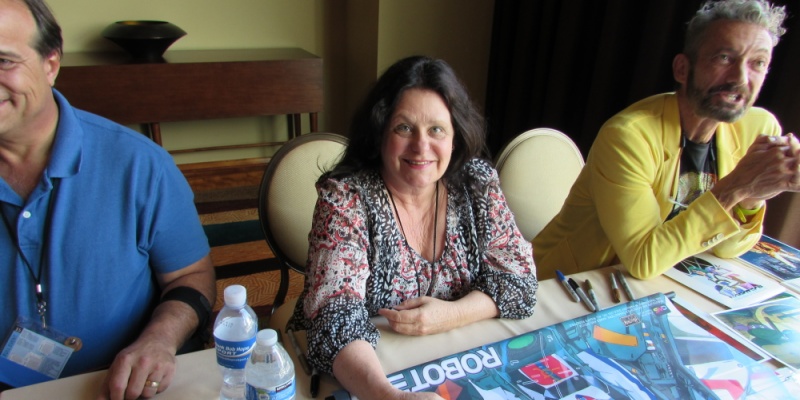 If you are on voiceover Twitter, which simply means you follow thousands of aspiring voice actors, you may have seen various questions posed. One that I saw recently was “What is your definition of success in voice acting?”

There were many answers. Some people responded that they wanted to be cast in an anime show, which is kind of crazy because it’s the lowest-paid genre of voice acting. Others dreamed of having a steady income where they could quit their jobs and do voiceover full time.

Complete job security in voice acting is only possible if you are lucky enough to be in the cast of The Simpsons (which has been running for decades,) you are the Movie Promo Guy like the late Don La Fontaine, you run your own loop group, or you produce and direct your own projects.

Superstars like the late Mel Blanc or June Foray made a full-time living as voice actors and there are successful full-time voiceover actors today. But, the reality is, that there are very few. Eventually, time or circumstances will take their toll on a voice actor’s career. Older actors will be replaced by younger ones. Some actors will no longer be able to perform because they have wrecked their voices or any number of things could happen.

Residuals will keep the money flowing if you work union gigs, but sadly, there is much of that kind of work these days. Actors who work under scale must consider the long-term consequences of doing this or prepare to live on food stamps.

Do you ever wonder why so many voice actors are directing, writing, selling their autographs, teaching voiceover classes, or producing demos? It’s because they need extra income to live on especially in “expensive” markets like Los Angeles. Do you wonder how “So and So” has amassed 600 credits on the IMDB? It’s probably because he or she directs and includes themselves in roles.

30 or 40 years ago, booking gigs was easier because there was less competition but never guaranteed a full-time income. Now that voice work is remote, the voice actor database has swelled enormously. Competition is fierce, especially with so many actors working at a deep discount.

I don’t want to depress you

Voice actors on Twitter post daily updates about their mental state and I worry about them like a mom. To be a successful voice actor you must be able to roll with the ups and downs because it’s a tough business. If you are living on the edge emotionally, you should consider a more secure job like a librarian instead. The less “drama” the better.

A steady income is not what you are signing up for

It could happen if you are lucky but many voice actors go weeks, months, or years without a gig.

If you are an actor working 1099 (Freelance) income, you may have trouble qualifying for a mortgage or even a rental agreement because your tax statements will make it look like you make nothing.

Do you plan on getting married and having a family? If so, your future spouse MUST understand you won’t be bringing in a weekly paycheck most of the time.  Some voice actors solve this problem by marrying each other. If one or the other has a dry period, they’re in the same boat so they don’t have an excuse to yell at each other.

Being in a “creative profession” can put a strain on any marriage. Consider hooking up with an accountant or a banker instead. LOL.

The expenses of voice acting have increased significantly

When I started working as a voice actor decades ago, there were a few voice-over classes taught by highly regarded industry professionals like Daws Butler. Today everyone who has ever held a microphone or has cast a show is teaching a class. Classes are fine but make sure to spend your hard-earned money learning from someone who is successful, has years of experience, and knows what they are doing.

Don’t think that taking class after class will get you work. At some point, you must jump into the pond and swim without a rubber donut. If you are a theater-trained actor, you may only need some technical training and a good demo. In any case, don’t go overboard signing up for classes unless you will truly benefit from them.

With the influx of anime fans who want to be voice actors, studios are urging them to sign up for voice acting contests with the promise of being cast in a show if they win. Usually, the part awarded is small and they never work again. I realize that everyone deserves a chance, but in my opinion, it’s sort of disrespectful to professional voice actors and exploitive to aspiring ones. I guess that’s showbiz.

Remote work is here to stay even though it has put many engineers out of work. Actors must now build soundproof booths in their closets or stick a big ugly box in their living room. They must contend with barking dogs, crying babies, doorbells, gardeners with leaf blowers, and intense heat in the summer. But it’s also convenient because if you can live in Kansas or Arkansas, or you don’t want to battle traffic jams, you can work from the comfort of your stuffy closet.

Having a home studio means you must spend money on your booth, microphone, recording software, computer system, Internet hookup, lighting, and whatever else you need. It adds up in $$$ and can be frustrating if you are not tech-savvy.

You can easily market yourself online for free, which wasn’t possible years ago, but there are still marketing expenses to consider. You will need a website and an online presence. Rather than spend big bucks to have someone else do this for you, you can learn how to do it yourself on YouTube or Udemy and then take those skills to make a flexible income on the side.

Many newbie actors also pay monthly subscriptions to audition sites so they can record hundreds of auditions they aren’t right for before they book a job. Paying to audition was unheard of when I first started and it is a scam as far as I am concerned.

If you are lucky enough to sign with an agent, they may require you to spend money reworking your demo reel that you just spent thousands on to get noticed by that agent. A top agent is able to book quality auditions and gigs for you especially if you are a member of SAG-AFTRA (also expensive). Lesser agents are usually a waste of time and you will have a better chance of booking on your own. With the ratio of auditions to actual bookings in the current marketplace, you will have to gauge if bothering with an agent is worthwhile.

The only manager most voice actors will ever need might be a convention booking agent if you have credits, but otherwise, they are just going to take a big cut of your income.

Be smart with your money. Don’t get sucked into programs, classes, equipment, or demo purchases you don’t need or may not be ready for.

Give up the idea that you will make a steady income as a voice-over actor. If you are lucky and you do, that’s awesome but realize the business works in cycles.  Your “sound” may be the “in thing” for a decade and then be “overused” or replaced in the next. Do not count on your voiceover career to sustain you forever because someday you will get old. ALWAYS have multiple streams of income to back you up.

Be realistic, study discriminately, learn to market yourself, and do your best work. Those are the best things to do if you want to have a steady income as a voice-over actor.